Let us look at a few questions ...

1) Why do some software/hardware applications fail in fields such as medical, aeronautical, banking, insurance, etc.?
2) What causes software failures (logical errors, inadequate validation, interaction faults*, integration issues, not handling exceptions, etc.)?
3) Is there a better way to anticipate such failure scenarios in the early stages?
4) Is there a way to choose minimal set of relevant cases which covers most of the combinations irrespective of Test Engineer’s efficiency?
In general, defects in any software can be detected by understanding interacting parameters and the importance of the interacting parameters. 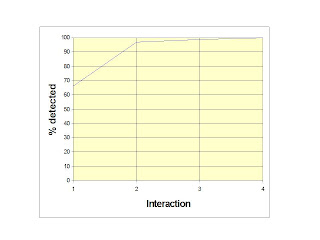 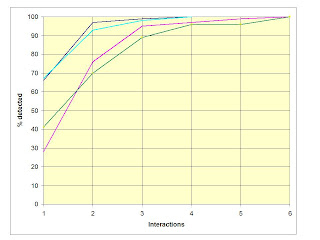 Example 1: ﻿
What is the maximum number of test cases you can imagine when you are asked to test an application on OS (XP, OS X, RHL), Browser (IE, Firefox), Protocol (IPv4, IPv6), CPU (Intel, AMD) and DBMS (MySQL, Sybase, Oracle)? 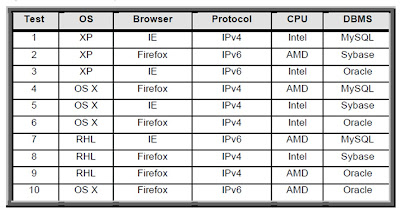 Example: Degree of interaction coverage as 2.

Example 2: ﻿
What is the maximum number of test cases you can imagine to test Andriod Smart Phone application with below configuration? 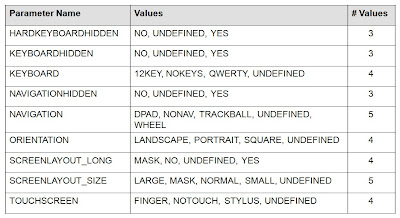 Based on the domain knowledge of smartphones, interaction parameters (within application) and the values within each parameter we can intellegently narrow down testing by choosing appropriate test cases.

Example 3:
How to test below system with several "ON" and "OFF" switches? 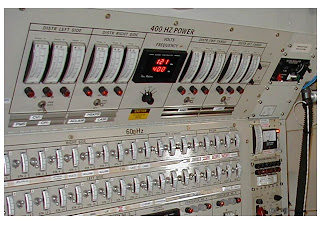 Increase in interactions within the system demands more and more testing. If all defects/faults are triggered by the interaction of 't' or fewer variables, then testing all t-way combinations can provide strong assurance. But, is it practical / reasonable to test all combinations for such system involving more parameters and variables considering limitations such as strict timelines, limited resources, etc.?

What if a Test engineer knows a fact that any combination of 4 switches is very critical (out of 34) and rest all switches work fine in any combination. If this is the case then testing 234 test cases doesn't make any sense! With proper domain knowledge a Test Engineer can well manage and adjust testing scope. Also, it would be very helpful if there is any tool which can intellegent choose minimal set of relevant cases which covers most of the combinations?

Kuhn, D. Richard & Kacker, Raghu N did extensive research on Combinatorial Testing. If you would like your QA/Testing team to work intelligently while coming up with test cases then I suggest you understand Combinatorial Testing.
Follow below steps:
- Go to http://csrc.nist.gov/groups/SNS/acts/documents/comparison-report.html#acts
- Read guide: http://csrc.nist.gov/groups/SNS/acts/documents/acts_user_guide_v2_r1.1.pdf
- To request a copy of ACTS software, send an email to Rick Kuhn - kuhn@nist.gov.

Popular posts from this blog

It is amazing to find that in this day and age, some companies have still not realized how important their email communications are. Many companies send email replies late or not at all, or send replies that do not actually answer the questions you asked. If your company is able to deal professionally with email, this will provide your company with that all important competitive edge. Moreover by educating employees as to what can and cannot be said in an email, you can protect your company from awkward liability issues. This website discusses the main etiquette rules and provides advice on how employers can ensure that they are implemented. Why do you need email etiquette? A company needs to implement etiquette rules for the following three reasons: Professionalism: by using proper email language your company will convey a professional image.
Read more

January 27, 2012
Article written by   Sreenivas Mothukuru Most recently our team has received a user story from Product Owner (PO) where in we are asked to compare the records in excel sheet with the data in MySQL database to look for the matching records. At first glance the requirement sounds pretty simple and for a few minutes I was in an impression that the task can be done quickly. Now the million dollar question is "When the requirement is so simple ... what made PO delegate the task to our team?" This question encouraged me to revisit and review the user story requirements in detail. Then I understood that we need to compare each record from Excel sheet (i.e., ~1200 records) with the data in MySQL table (i.e., ~ 190,00,000 records ) to look for the matching records. In brief, this task demands enormous comparisons to get desired result. One of the solutions is to pick each record one by one from Excel sheet and query MySQL database. This way most of the comparison wil
Read more

Is it an ATTITUDE or qualification that matters?

August 03, 2011
Article written by   Sreenivas Mothukuru A few days back I went to a roadside stall with my friends. We all had Pani Puri  and  Mirchi Bajji . Stuff was very delicious; we all appreciated the stall owner for maintaining good quality. During the conversation with the shop owner, I was surprised to know that the person who is preparing/serving Pani Puri and Mirchi Bajji is an Engineering graduate! In another incident, while I was on my way to airport (Dubai trip) my cab driver was curious about my company and my work. When I asked the reason for his curiousness he slowly said that he is an engineering graduate, working part time as a cab driver and searching for jobs. These incidents made me think about the education system, any value added by bachelor/master degrees, opportunities within corporate offices, competency level with the so called degrees at workplace, etc. Does a mere bachelor or masters degree add value to a person’s profile? Do the emerging Graduates really have the p
Read more